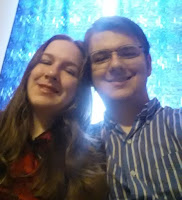 Leah Powell and Jacob Turner will be getting married on November 26th, 2016 at Powell Acres Farm.  This page will include plans, and final pictures.  They are not registered anywhere, as they live in a one bedroom efficiency apartment and don’t have storage.  However, they are hoping for help with the down payment on a home together.  It will be a Lord of the Rings wedding theme, so it is hoped that guests will arrive in a costume that may include (or consist of) a hooded cape.  It will be an outdoor ceremony.  This page will include photos of the wedding once they have been taken.

Jacob Turner, Groom and King of his kingdom.  He tends to spend time practicing strategy for times of war, and is usually out tracking down monsters in the village.  There will be a day he is tracking down criminals but that is not this day, this day he experiences the greatest adventure of his life in this joining of kingdoms and will become Aragorn, the true king of Gondor. 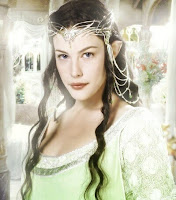 Leah Powell, Bride and Queen of her kingdom.  When not instructing her
peasants, she spends time with old tomes and manuscripts as well as her
betrothed.  She will become Arwen on this momentous joining of
Kingdoms.

Mandi Traud, Matron of Honor, the bride’s favorite sister, lives and works in the urban jungle known as DC.  She hunts her game, not with arrows, but with data science.  When she is not out hunting, she tends to her lair that is occupied by fierce felines and a legal shark, her husband.  Mandi will be dressing as Tauriel from The Hobbit. 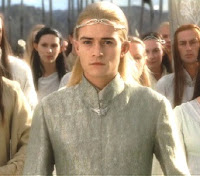 Trip Powell, Groomsman and part of the fellowship.   When not walking through the forest, he is tracking electrical demons and playing with his royal hunting dog.He will show himself as Legolas on the fine day of celebration.

Sherri Powell, Mother of the Bride,  lives on a small kingdom in Siler City where the wedding will take place.  By day, she works in the royal treasury, and by night, she uses her magic to employ creative resourcefulness in such details as wedding planning and farm building.  She has been married to the father of the bride, Gandalf, for 35 years and raises cows, chickens, dogs, cats, and fish in her spare time.  On the wedding day she will transform into Lady of the Lorien, Galadriel. 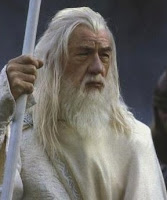 John Powell, father of the bride, serves as alchemy instructor during the day and lives in the kingdom of Siler City, where he grows meat and vegetables for the king.  John will be dressed as Gandalf the White.

Arianna Pappas, noted hyper-realistic sculptor and Bridesmaid. When not
plying her trade, she spends a great deal of time with her studies and
family (also the four-legged and finned variants) and working on her
people skills. She will be making an appearance as Nerdanel.

Daniel of the Kopplin clan, best man,
the burliest of the gentlemen, resides in the dark, heavy

wooded
shire of Greenwood, South Carolina. Hard headed and gruffly defiant
on the outside, he is also a gentle soul and handyman in the
homestead of Regency Park. Daniel is a man with many talents to his
name, even to be an apprentice in the studies of castle conditioning.
Daniel also a rides an iron horse named Harley Davidson, and has
strong bonds to his party of headstrong warriors of the Christian
faith, Bikers for Christ. Daniel will be portraying Gimli, the dwarf
warrior. 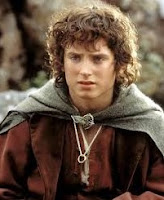 Arrington, Groomsman and Keeper of The Ring.
He can be found to the west, wandering between the towns of Raleigh and Tarboro, where he studies Technomancy and acquires the mystical languages of the Far East.
He will become Frodo on this day. 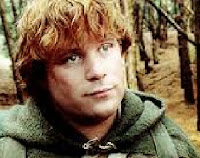 Isaac Long, groomsman and hobbit, hails from the small shire of Tarboro. He dedicates his hours to studying about maintaining the kingdom’s trade and learning the ways of mankind’s thoughts. He will become Samwise the Brave on this day.

As promised, here is a link to the wedding photos.  We will be posting a video as soon as we get it edited and try to improve the sound.